Microsoft Kinect for Windows will begin a new era of motion-controlled personal computing. It was only a matter of time before the wireless, motion-based controller for the Xbox 360, originally designed for gaming, would be used for other human machine interactions. Some early experiments allowed users to “scroll” film selections in the Netflix user interface using only their hands. 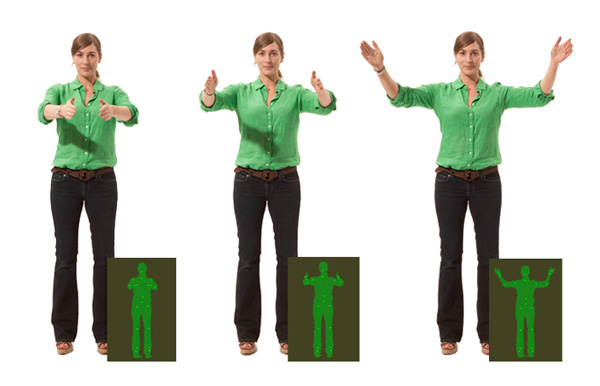 Microsoft CEO Steve Ballmer officially announced the next step for the Kinect: your PC. A version of the device for Windows is available for $249. The company says that the higher price point is necessary because unlike the Xbox version, Kinect for Windows won’t be subsidized by things like game purchases and Xbox Live memberships.

The availability of this device on the Windows platform will mark the beginning of a new era in motion and gesture-based control of PCs. It’s easy to envision gesture and voice controls being used to navigate through various user interfaces, whether they are folders, websites, photo albums, or other multimedia content.

It may not be very long until the computer mouse is a relic as we start to control our desktops, tablets, televisions, and other connected devices by doing something as natural as waving our hands and speaking, or maybe even using our eyes.

Comment | Share | Tweet | Share | Pin It | Buffer | print | email
Category: bits&bytes
Disclosure of Material Connection: Some of the links in the post above might be “affiliate links.” This means if you click on the link and purchase the item, I will receive an affiliate commission. Regardless, I only recommend products or services I use personally and believe will add value to my readers. I am disclosing this in accordance with the Federal Trade Commission’s 16 CFR, Part 255: “Guides Concerning the Use of Endorsements and Testimonials in Advertising.”