How many times have your clients received a traffic ticket because they couldn’t find their insurance card in the glove compartment? Or if they did find the card and give it to the police officer, did the officer hand it back, saying it had expired? In this scenario, the client now has to take time off of work to show up for a court appearance with a little piece of paper in hand to prove that they did, in fact, have insurance in force at the time they were pulled over.

The digital consumer—your client—is not going to stand for this antiquated and paper-based process much longer. If they can use their smart phone to get through TSA airport security and board an airplane, why can’t they use that same phone to prove they have auto insurance in force when asked by a police officer?

In a small but growing number of states they can. 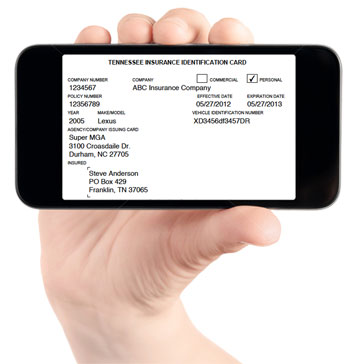 State legislators and regulators are beginning to update laws to recognize the increasing use of paperless technology by allowing insurance companies to provide policyholders with electronic ID cards. Converting from the antiquated paper-based system to an electronic display of proof of insurance will save insurance companies the cost of printing and mailing ID cards to all policyholders. It will also save law enforcement and court personnel time and money because they will no longer need to process tickets written for drivers who have coverage but forgot to put proof of insurance in the car.

This is a dynamic issue with state legislatures. Here is a short list of the states that have already made (or are making) this change:

State insurance agent associations across the United States have always prided themselves on their lobbying ability and efforts. I can’t think of a better use of those relationships and resources than to encourage every state to submit legislation to allow electronic proof of coverage.

I encourage every agent to approach their state association and ask them to add this lobbying effort to their legislative agenda. Supporting this change will make the lives of every agency client better.

Comment6 | Share | Tweet | Share | Pin It | Buffer | print | email
Categories: bits&bytes, data security
Disclosure of Material Connection: Some of the links in the post above might be “affiliate links.” This means if you click on the link and purchase the item, I will receive an affiliate commission. Regardless, I only recommend products or services I use personally and believe will add value to my readers. I am disclosing this in accordance with the Federal Trade Commission’s 16 CFR, Part 255: “Guides Concerning the Use of Endorsements and Testimonials in Advertising.”

6 thoughts on “Electronic Proof of Insurance—The Time Has Come”