Head-up Displays (HUD) have been a standard feature in jet fighters for decades. They soon may become a standard feature in earth-bound cars. According to an article in the Wall Street Journal, more than 800,000 cars with HUD units were sold worldwide in 2012. That number could rise tenfold over the next decade, an analyst at Tokyo’s Fuji Chimera Research Institute told the Journal. 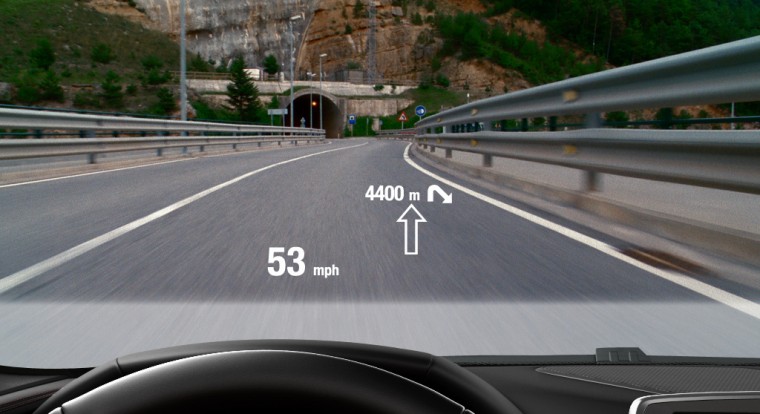 HUDs project information like speed, navigation directions, engine RPM, and local speed limit onto the windshield of a car, directly in the driver’s line of sight. That means the driver can see all that data without looking away from the road. It can be especially helpful for navigation. Not having to take your eyes off the road could help reduce the number of accidents due to distracted drivers.

GM put the devices in its new Cadillacs and Buicks. In BMW’s 2012 M6, the HUD is included as a part of an Executive Package (along with a heated steering wheel and smartphone integration), for $4,900. Ford broke the luxury car monopoly on the technology in the 2013 Fusion.

Rising demand should drive down cost over time, so more drivers can keep their eyes on the road. Considering the rapid growth of backup cameras, which may soon be required in all new cars by the National Highway Traffic Safety Administration, we could all benefit from better car technology in the near future.

Comment2 | Share | Tweet | Share | Pin It | Buffer | print | email
Category: bits&bytes
Disclosure of Material Connection: Some of the links in the post above might be “affiliate links.” This means if you click on the link and purchase the item, I will receive an affiliate commission. Regardless, I only recommend products or services I use personally and believe will add value to my readers. I am disclosing this in accordance with the Federal Trade Commission’s 16 CFR, Part 255: “Guides Concerning the Use of Endorsements and Testimonials in Advertising.”