In October 2017, I wrote a TechTips on Why QR codes might be making a comeback. 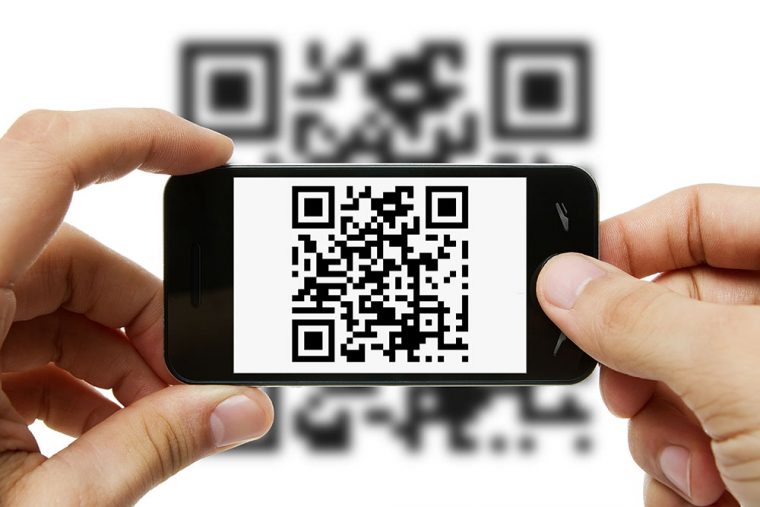 I recently came across another indicator that you should consider including more QR codes in your marketing. 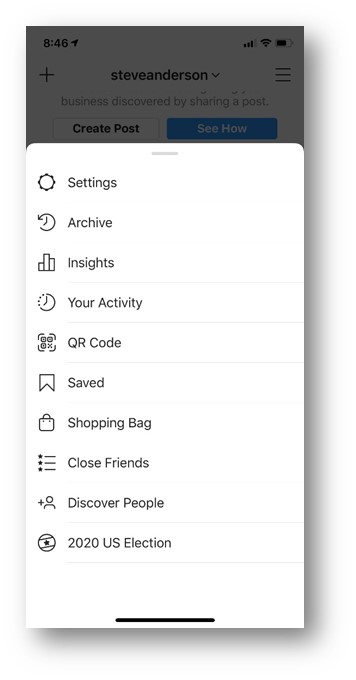 Instagram recently rolled out to all users the ability to create a QR code to the app. Users can now create QR codes that’ll be scannable from any supporting, third-party camera apps. The idea is that businesses can include their QR code on various marketing material (both physical and virtual) and have customers scan it to open their Instagram account easily. If you have set up your Instagram account correctly, people can see store hours, buy items, or follow the account.

To generate your unique QR code, go to the settings menu on your profile, and tap QR code. You can then save and share that image. Instagram previously created a similar system called Nametags, which were internal QR-like codes that could only be scanned from the Instagram camera.

Multiple other apps employ a QR-like system, including Twitter, Facebook, Snapchat, and Spotify. (Only Twitter supports actual QR codes.) But with the current environment, it’s good to see how Instagram is embracing the more widespread QR system. You may have noticed that restaurants have replaced physical menus with QR codes. Other businesses use QR codes so customers can quickly scan the QR code to access their website.

Most mobile phones can now natively scan, using the photo apps, and process QR codes. This makes it much easier for people to access information quickly.

Below is an example of my Instagram QR code.

How are you using QR codes in your marketing and communication? 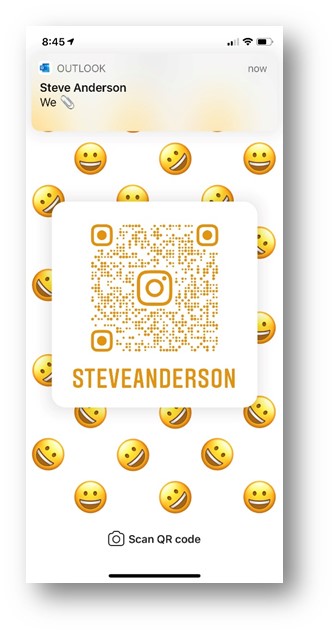 Comment | Share | Tweet | Share | Pin It | Buffer | print | email
Category: TechTips
Disclosure of Material Connection: Some of the links in the post above might be “affiliate links.” This means if you click on the link and purchase the item, I will receive an affiliate commission. Regardless, I only recommend products or services I use personally and believe will add value to my readers. I am disclosing this in accordance with the Federal Trade Commission’s 16 CFR, Part 255: “Guides Concerning the Use of Endorsements and Testimonials in Advertising.”