Making sure private client information sent to another party over the Internet remains private and secure is a growing concern for insurance agencies.

Agencies that use Applied Systems TAMOnline and VisionOnline agency management systems can now legally prove who emailed what to whom and when using a service from RPost called Registered Email. In addition, RPost helps agents protect insureds’ personal information such as Social Security numbers, driver’s license numbers, and bank and credit card information.

The HIPAA-compliant service may reduce exposure to errors and omissions by providing security, accountability, and liability protection. An encryption option further enables agents and brokers to protect and prove delivery of confidential and personal information sent via email. This service makes any email document a court-admissible record that will withstand a legal challenge.

The RPost service is also available for EpicOnline users and for agents and brokers who host Applied Systems TAM, Epic, and Vision on their own servers.

As you may know, ANEU has a long history as a non-profit, independent user association representing U.S.-based P&C Ebix agency management system users. The organization can be traced back to 1972 when it was originally founded as ARIAS—the Association of Redshaw Insurance Agency Systems. ANEU has a longstanding reputation of users helping users online and in person through educational seminars, webinars, meetings, and social networking. User group members have been instrumental for nearly 40 years in helping the vendor achieve the level of success it enjoys today. At one time, the user group had approximately 2,000 members and many of the current leaders in the field of insurance technology can trace their roots back to ARIAS and Redshaw. Unfortunately, just one year short of their 40th anniversary, they have been forced to cease operations.

“The number of U.S.-based P&C Ebix agency management system members has affected the ability for ANEU to support current and potential member services,” said Schuppler. “During a conference call in December the ANEU Board of Directors voted to close down ANEU. We have notified our members and Ebix, Inc. of this decision. We will use the first quarter of 2011 to legally dissolve this non-profit association.”

The Network of Vertafore Users (NetVU) has released an Android and iPhone app specifically designed to help attendees at their upcoming User Conference get instant access to information. The app can be used to find exhibitors, schedule meetings, browse sessions, get local information, and more. 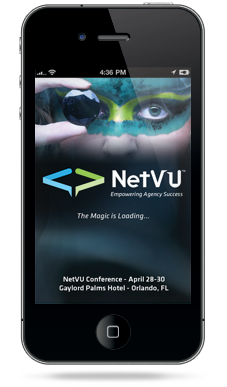 Features include session information for 150+ conference sessions. Each session is sorted by track, level, and specific day. You can check out credentials and photos for each presenter. You can also search for specific presenters to easily figure out which sessions they are teaching.

Also included will be an updated list of conference attendees as well as exhibitors.

Feedback surveys can be completed during the session while it’s fresh in your mind, including comments on your conference experience, or you can rate any of the featured services.

Another section includes detailed maps for the property and the exhibition floor. Included are custom GPS maps of the hotel and the local Orlando area. You can even drop a pin onto the satellite map to remember where you parked or where to meet friends. Social network connections such as Twitter, Facebook, and FourSquare are also integrated.

To download the app from iTunes, visit: NetVU Conference 2011 – Orlando

Mobile devices and the apps people use with them are changing how consumers interact with information. The programming and development trend of creating small apps that accomplish a specific function will also change how business programs are developed. 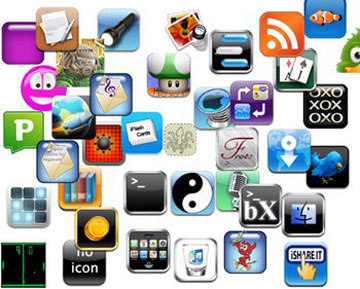 Facebook is easy to use, and it’s a robust tool. Grandparents can browse pictures of their grandchildren in a matter of minutes, while teenagers manage their entire social lives from the site. Furthermore, Facebook is free. So why isn’t agency software more like Facebook?

The insurance industry is not known for fast innovation. Yet all of us are competing in an environment where apps developed for the consumer and small business market are innovating at a breakneck pace. As a result, we’re seeing more and more of those consumer tools finding their way into the workplace.

In the not-too-distant future, agencies will be able to purchase only the apps that they want for their organizations. These apps will accomplish a single purpose and will communicate with one another. There will be an app for customer information, one for policy detail, one for claims administration, one for mobile access for both producers and clients, and who knows what else. The list of apps will only be limited by the imagination of users and developers.

Instead of having to purchase one monolithic expensive program that does everything for everyone, agencies will be able to build their own customized products that do exactly (and only) what they need.

Here are some lessons that agency system vendors need to learn from the vibrant and innovative consumer Web apps market.

Part of the problem also lies with how agencies tend to adopt new tools. The ease with which information can be shared on a site like Facebook can run counter to many organizations’ internal cultures. The mindset of an agency (and the rest of the industry) must change from being rigidly hierarchical and siloed towards being more open, flat, and transparent. Companies now have the ability to change the way their employees work.

What can you do? Begin to understand apps by personally using an iPhone or Android-based smartphone, or use a tablet like an iPad or Galaxy Tab. Unfortunately, a BlackBerry doesn’t count, as its apps are so universally poor. As you start using apps, you will begin to understand the transformation taking place.

The Electronic Signatures in Global and National Commerce Act (ESIGN) was signed into law by President Clinton in October 2000. Now, almost 10 years later, the insurance industry—especially property and casualty insurance companies—have lagged behind most other industries in adopting the use of electronic or digital signatures. As clients and prospects continue to become comfortable with electronic communication, it is important for agents (as well as the insurance companies they represent) to take advantage of electronic signatures in order to streamline the application process.

Agents are increasingly frustrated with having to send applications (either by traditional or electronic mail) to a client for a signature. While the technology for converting any application to an electronic format is readily available, questions about “signing the application” always surface. Continuing to require a physical signature on any document is a huge waste of time.

There are a handful of pioneering companies that are taking the lead in using digital signatures in their insurance e-commerce process:

Progressive Insurance allows individuals purchasing auto insurance on their Web site to sign the policy application with an electronic signature. To verify that the person on the Web site is actually the person who will be “signing” the application, Progressive uses the individual’s credit report to ask a few questions that only the individual should be able to answer. It is a quick and easy process. Once completed, the individual is taken to a page that also allows him or her to pay by credit or debit card.

Chubb Insurance has created applications for their professional and management liability insurance products that can be completed and submitted entirely online—including an electronic signature on the application. Previously, Chubb’s eApplications required a “wet” signature before a policy could be bound. With the new application process, Chubb has eliminated the need to send a signed, printed copy of the application through the mail. No password or user ID is required to access the electronic applications, which can be completed and saved on the agent, broker, or customer desktop and e-mailed to Chubb for a quote.

While these examples offer a glimmer of light, most insurance companies continue to make excuses for not implementing an e-signature capability. Unfortunately, a new generation of clients is here, and they expect to be able to interact with the insurance industry electronically.

Ten years of waiting is long enough. Both agencies and carriers need to step up and begin creating processes that allow clients to complete entire transactions electronically.